It’s no surprise that last year was the worst on record for British retail. Retailers were already under pressure prior to the pandemic, struggling to adapt to a growing online world and facing lower margins amid a plethora of competitors. 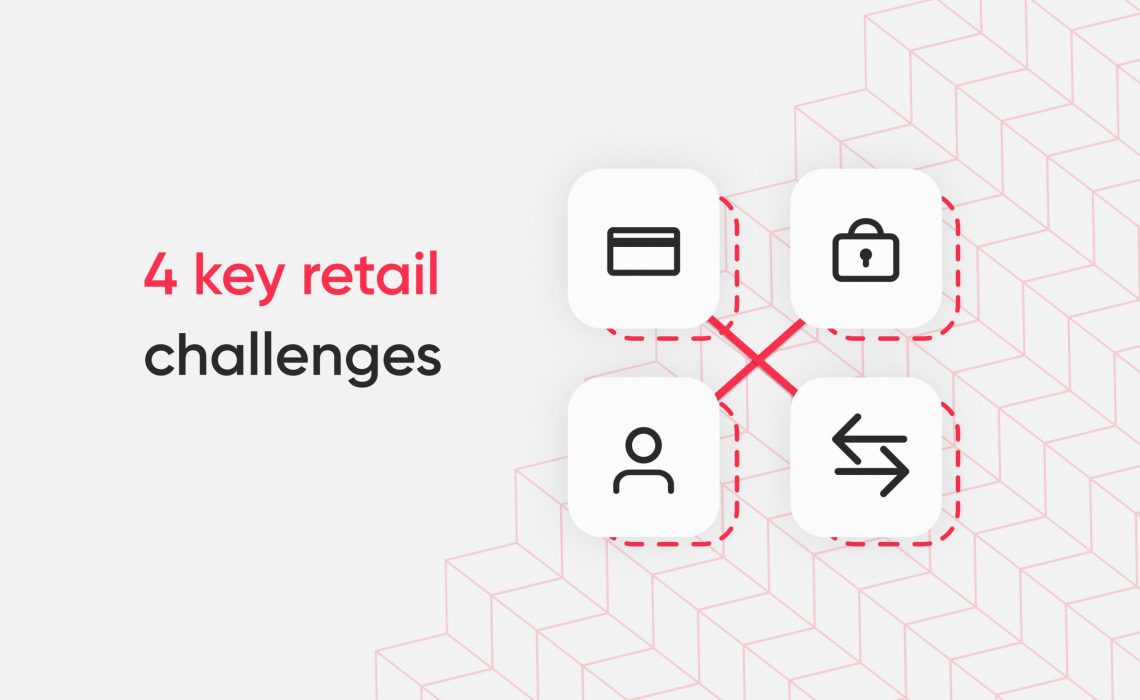 It’s no surprise that last year was the worst on record for British retail, with sales falling for the first time in 24 years as a dire performance on the high street dragged down the industry. Shifting consumer habits, combined with the global pandemic have created the perfect storm for the retail sector, with several big names recently announcing store closures and others falling into administration as the virus exacerbated their problems. This has been the case for Oasis, Warehouse, Debenhams and Cath Kidston, to name just a few of the British names affected.

The rise of card processing fees

Retailers were already under pressure prior to the pandemic, struggling to adapt to a growing online world and facing lower margins amid a plethora of competitors.  Several pain points continue to plague the industry, and have exacerbated the effect of the pandemic – the most notable being the stark rise in payment processing fees, which have forced retailers to raise prices in order to maintain margins. According to the BBC, card payment schemes have normalised high processing fees, with fees increasing by over 50% in 2018 alone. In the same year, retailers spent over £1Bn to process card payments.

As a consumer, the approval process of paying by cards happens within a couple of seconds – which on the one hand, is pretty efficient. On the other hand, retailers know all too well that the approval process involves several intermediary steps along the way, which all incur substantial fees and can mean many potential points of failure. This means that retailers must forgo a large percentage of each transaction in order to facilitate the transaction itself – a cost which ultimately is passed on to the consumer. It is no wonder that retailers struggle to undercut their competition on price, as doing so would often mean that they fail to make a profit.

A majority of fraud in the retail payments ecosystem still happens through the use of credit and debit cards. The card payment landscape is associated with inherent security risks, leaving some responsibility with the retailer to properly authenticate the payment, and some responsibility with the user to understand security precautions. Barclays research reveals that fraud costs UK businesses up to £35,000 per incident, and in 2017 it was reported that chargebacks and chargeback management cost businesses an average of 8% of revenue. For businesses operating on tight margins these costs can be the difference between survival and failure.

Card fraud is often due to the fact that authentication methods are outdated and payment cards basically resemble a string of numbers on a piece of plastic. Without any shielding of financial account information, credit card numbers run a higher risk of payments being intercepted when transmitted through the website’s development code. Credit card companies have also been known to be less resistant to cybersecurity practices. As such, data breaches, HTML interception, and server breaching have become more commonplace. This also has an effect on the consumer, as there is no guarantee that they will be protected against their losses and in such cases where banks and card companies are able to refund customers, users are often inconvenienced.

As growth within the retail sector has continued to slow, sustaining strong customer relationships and brand loyalty are critical for survival - in fact, a recent survey found that a loyalty increase of 7% can boost lifetime profits per customer by as much as 85%. On top of this, it is becoming increasingly clear that consumer expectations are evolving - shoppers are becoming more willing to provide the personal data necessary to drive a rich, personalised shopping experience, with 86% agreeing they would volunteer personal data for improved privacy, faster shipping and greater discounts and deals.

The data collected through consumer card transactions or wallets is limited such that it does not allow retailers to gain a deep understanding of their customers’ spending behaviour over time. As a result, they are unable to offer customers the tailored, adaptive, and highly personal shopping experience that the modern day consumer seeks, which prevents them from being able to drive loyalty and build strong relationships.

A card transaction signifies the end of the business-consumer relationship, whereas an integrated and seamless payments experience is a critical part of a customer shopping journey, which should drive loyalty through an ongoing relationship. It is clear that what the industry needs is a method of payment that gives retailers a better understanding of their customers,

and allows them to add value beyond the purchase point -  demonstrating an investment in the consumers’ lifestyle, and not just their money.

No possibility to unlock the value of the digital asset market

Millennials in particular are increasingly holding these assets, with 20% of millennials investing in the cryptocurrency space vs a national average of 3%. In this struggling retail sector, retailers should offer payment methods that are tailored to millenials and their changing preferences. If millenials are increasingly looking to hold BTC, and their banking and investment habits are changing, retailers should be prepared to adopt wallets that allow users to hold these assets.

From a consumer standpoint, despite the increased demand for growing and spending digital assets, there is currently little possibility to grow and spend them in one single app. Thus, the market is, more than ever, in need of a product that enables them to hold all their financial assets in one place - whether it is traditional currency, digital assets and rewards - and which can unlock the sleeping yield and rewards that these assets can generate, without the opportunity cost of using one platform over another.

So what’s the solution?

It’s becoming increasingly clear the industry is in need of some TLC (Tender Loving Care) – what it has long been missing is a payment option that is cheaper, safer, smarter and frankly ‘more awesome’ than those that exist today. At Mode, we believe that the answer lies in building a digital wallet that millenials and Gen-Z consumers see value in, and that facilitates direct and seamless transactions between businesses and consumers, cutting out all the middlemen and saving hundreds of millions of pounds in card fees a year. Our aim is to build this ecosystem by leveraging the revolutionary nature of Open Banking, which allows users to share their financial data directly with authorised third party institutions such as Mode.

In our recent webinar, we discussed why platforms such as these are set to revolutionise the UK’s retail industry. Our keynote speakers - ex CEO of Alipay UK Rita Liu, former Managing Director of BHS David Anderson, and fintech expert Janis Legler - discussed why digital wallets could solve retail's biggest challenges. The panellists shared their thoughts on the power of super apps, the key pain points that UK retailers must address in 2021 and why it is becoming ever more important to truly embrace going digital.

Is Open Banking Safe? Data Protection and Regulation for the UK

Leave us your details and one of our advisors will be in touch: