2021 saw some major economic breakthroughs for Bitcoin, and research from in-house Mode analysts suggests that the Brits might be key in the next wave of Bitcoin adoption. 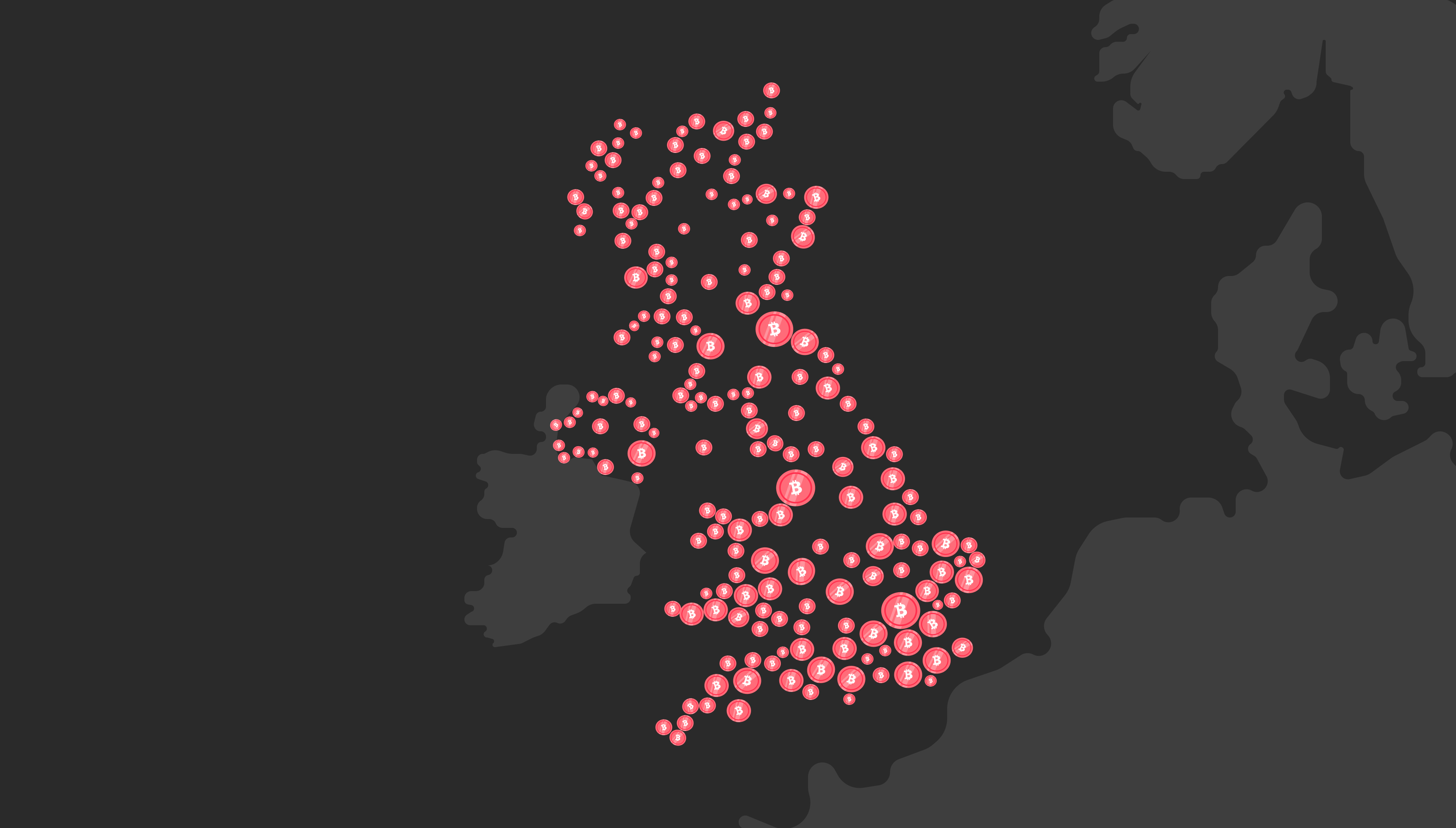 The world has witnessed a lot over the past two years. A pandemic, global economic shifts, and even a worldwide uptake of NFTs. With the rising popularity of new cryptocurrencies - as well as adoption among Governments, global businesses, and even countries - crypto is a thing and it’s here to stay. Last year its global adoption skyrocketed by 881%, with boomers and celebrities alike getting in on the price action.

Despite this, one might not be blamed for thinking the UK could have some catching up to do when it comes to Bitcoin adoption. With only 5%¹ of the nation owning crypto it would be easy to suggest that the 22%² of US citizens who hold cryptocurrency on their portfolio are paving the way for their British counterparts. However, a recent study conducted by UK Fintech Mode, indicates that this isn’t quite the case, and in fact, the UK might be taking the lead over the US when it comes to Bitcoin adoption. Here’s why...

1. UK investors have a higher percentage of their net worth invested in Bitcoin compared to the US market

According to Mode’s in-house analysts, UK Bitcoin investors have a higher percentage of their net worth invested in Bitcoin compared to the US market. Over 70% of Brits surveyed have 3% or more of their net worth invested in Bitcoin while just 46% of US investors surveyed declared the same level of portfolio contribution. Whilst the UK may lag behind in terms of widespread adoption, the numbers are clear: young Brits are feeling bullish, and it shows.

2. In the UK, the younger the investor the higher percentage of their net worth they have invested in Bitcoin

Mode’s research also suggested that an overwhelming majority of Gen-Z and Millennials seem to be leading the way with Bitcoin ownership in the UK. An impressive 88% of those surveyed aged between 16-24 and 75% of those aged 25-34 have at least 3% of their net worth invested in BTC. In the US, participants aged between 16 and 24 seem to hold a more even split across 1-2%, 3-5% and 6-10%, and less than half of those aged 25-34 boasted a Bitcoin portfolio above 3% of their net worth.

At the same time, an average of 50% of investors over the age of 25 who were surveyed in the US have 1-2% of their net worth invested in BTC, suggesting older generations could hold a fair amount of the nation’s overall Bitcoin wealth in smaller shares, while younger generations are somewhat more bullish in their holdings.

3. UK investors allocate more of their monthly income in Bitcoin compared to the US

When it comes to continued investments, the survey showed that Brits take the lead once again. In the UK, a sizeable 57% of participants expressed an allocation of 3% or more of their monthly income being invested into Bitcoin, while a scaled-down 36% of US participants declared the same level of regular commitment.

So, what does this mean?

Whilst the US plays host to many more Bitcoin owners, Mode’s research suggests that the smaller UK community seem more committed to the movement and more involved in growing their Bitcoin portfolio, as the currency grows and evolves. The UK might seem a little behind on widespread adoption, but the numbers are clear: young Brits are feeling bullish, and they could be key in the next wave of Bitcoin adoption. Equally as significant, younger generations as a collective, globally, seem to be showing a higher degree of overall confidence in the currency.

The trends are telling, and it’s becoming increasingly clear that although widespread demographics are accelerating the move towards a Bitcoin backed economy, younger generations are crucial in the evolution of acceptance. When we see a greater focus on supporting younger audiences onboard into Bitcoin, we could start to see some real movement in the space.

251 Bitcoin investors were surveyed in the UK and 254 in the US for this research, making a total sample size of 505 respondents surveyed in December 2021. This study is intended for information purposes only. The data and calculations in this study are based on internal confidential data and are believed to be accurate but not guaranteed. Any assumptions and generalisations about the future of the market are solely based on the analysis of internal data and our own beliefs.

Bitcoin is not regulated; it can go up/down/drop to zero. No FSCS/FOS protection. CGT may apply. 18+ UK only. Read more: modeapp.com/protection. Fibermode t/a Mode is FCA registered as a Cryptoasset firm (FCA 928786). We do not offer financial advice.

An open letter from Mode

Why we’re adding more tokens to the app